Milestones! Musgraves! Mormons! Before we go any further into April, here’s my March Diary. I feel like I got into A LOT this month, from collaborations to new music and multiple books to TV shows, musicals and even games of sport, so for this month I’ve decided to format it all in a ‘by the date’ sort of way. Who knows, I might keep this structure going for the months to come.

I kicked off the month by collaborating with one of my favourite makeup brands, MAC Cosmetics Australia! I was offered an in-store pampering experience as part of their #EveryShadeofYou campaign celebrating their much loved Studio Fix Fluid, and was generously gifted some products, which I wrote all about here. I’ve never collaborated with a brand before, let alone such an industry icon like MAC Cosmetics, so the entire experience was so special!

Earlier this week I was treated to an in-store pamper session at @maccosmeticsaustralia as part of their #EveryShadeOfYou campaign! 😍 To celebrate 25 years of their iconic Studio Fix Fluid being available in Australia, throughout the month of March you can get your own bottle monogrammed! 😍 With 50 shades to pick from (and more on the way) the talented @ameliamua matched me to the shade NC12 and it’s honestly perfect (swipe through to see a picture of me wearing it!). Wildly, even though I’m a beauty fanatic, I’ve actually never treated myself to a high quality foundation – now I’m obsessed. Studio Fix makes me feel like I have a beautiful smoothing filter on, but I don’t look flat – I still feel like me! I also learnt that because it has a more matte finish, I don’t need to set my entire face with powder, giving me a more natural and radiant look. I was lucky enough to receive the products featured in this post, so I’ve written a review about them all which is now up on my blog, link in my bio to have a read! #maccosmeticsaustralia #brandetc @brand.etc

March 3 – Met Aquaria, my favourite drag queen of all time.

As if the day wasn’t memorable enough, that night I went out and met my favourite drag queen of all time – Aquaria. I’ve been following her journey online since before she was on (and won!) season 10 of RuPaul’s Drag Race and I’m so proud of everything she’s done since. She was a little shorter than I expected, just as sweet as I hoped and even more beautiful in person than I could have prepared myself for.

JUST TWO ITALIAN GIRLS FROM NEW YORK… technically Brisbane. (Swipe for reference) ♒️♒️♒️ So happy I got to meet one of my favourite people ever, thank you @ageofaquaria for being so sweet and putting on such a good gig 💖💖💖🇮🇹🇮🇹🇮🇹🗽🗽🗽 #dragqueen #drag #aquaria

Picture this: I’m standing in Fluffy’s at 11:30pm waiting for Aquaria to come back from one of her many costume changes. A local queen (whose name I didn’t catch which will continue to devastate me until I know) came up on stage to perform. The best song I have ever heard comes on. I feel like I’m having an outer-body experience. I forced myself to remember the chorus (because I deleted Shazam from my phone, #RIPme) and then Googled it as soon as I got home. So that’s how Juice by Lizzo became my favourite song ever. March 3rd was iconic.

March 4 – I got my friggen driver’s license.

The next morning I woke up, danced to Juice eight times in a row then went out for my driving exam. And I passed! It’s been a long time coming, but I finally got my freaking P plates – love that for me. Everyone told me to not be nervous but that morning I genuinely wasn’t. I was just over it and wanted to get in there and start doing the exam. It was one of my 2019 goals so I’m really proud of myself for archiving it!

MATE. Mate. Mate. I am not the sporty type but when my friends floated the idea of starting a social netball team I was so into it. I ended up playing GS or GK in our second game and I MANAGED TO GET THE DAMN BALL IN THE HOOP. NOT ONCE BUT THREE TIMES. Score card be damned, WE WALKED AWAY AS WINNERS.

March 8 – Binged many episodes of The Golden Girls.

This date is very inaccurate but at the end of February I saw Stan finally got every season of The Golden Girls and I’ve been hooked ever since. I genuinely want to write an essay on why it’s so good, but in short it’s just wildly ahead of it’s time and the characters are so well written. Plus it’s funny AF. I always see it referenced in pop culture and now I fully understand why.

I have many, many thoughts on this novel. The good parts include the main character being gay but LOVING that part of himself, his biggest obstacle instead being his self-worth and weight. It wasn’t a sad coming out story and that aspect was really refreshing. What I feel lets the writing down are some plot points and the dialogue are kind of unrealistic. Also, some of the other drag teens JT meets are heavily inspired by existing Drag Race queens, which was fun at first but then crossed the ‘likeness’ line a little too much, especially when one Latino queen’s catchphrase is “party!” *cough* Adore Delano. It’s a novel I could see as a Netflix original because it’s like a mash-up of Drag Race and Dumplin‘. My parting thought is that it has so much heart and should be in every single school library.

March 13 – Cemented a few new products as absolute stand outs in my heart. (I loved these products throughout the entire month but decided to place them here in the middle to fit this format)

Colourpop No Filter Stix in the shade Fair 27N: The perfect foundation shade match to me, blends out so easily and it has a beautiful satin finish which makes my skin look so healthy and lively!

Zoeva 102 Silk Finish brush: My beauty sponge has been found dead. I love this brush, it’s magic. It blends both creamy stick formulas and traditional liquids like a dream.

Colourpop IRL Super Shock Shadow: This is an incredibly gorgeous metallic, glittery, shimmery, duo-chrome… you name it light green shade and I’m in love with it. And it’s green! Who would have thought.

Miss Fame Beauty lipstick in ‘The Other Woman’: It’s finally getting chilly in Brisbane and feeling properly like Autumn so of course I whipped out a burgundy lip the minute I could. I love the shade The Other Woman from Miss Fame Beauty – it’s deep, dark, moisturising and long-wearing… a.k.a DREAMY.

Listen… this album? This album? ThIS ALBUM? One of my favourites of all time. It’s right up there with Lana Del Rey’s Born to Die: The Paradise Edition – and that is the BIGGEST of calls from me. I now absolutely adore Kacey Musgraves. When she sings I feel like she’s talking directly to me. Her lyrics are SO smart; High Horse about an arrogant guy? Space Cowboy about giving space to the cowboy in her life? I’m floored. In this house we now stan Kacey Musgraves.

March 21 – This Beauty News blog post of mine went off and that made me happy.

I’ve never written a ‘beauty news round up’ before but for some reason this particular week I felt compelled to. I’m so glad I just sat down and worked on what inspired me because 1) it made me feel good and 2) it ended up performing really well! I always fear my illustrations won’t pop on the gram, but it ended up getting 170 likes and got ‘saved’ eight times. Plus, I got so much lovely feedback on the post with people asking for more in the future!

I feel like there has been so much beauty news in the last week or so and I wanted to talk about it – so I did?? 🗞💖 ISSUE 1 of BEAUTY NEWS is now up on my blog, link in my bio! ✨ Featuring news about new brands, the down fall of others, responses to controversies AND a case involving the actual FBI – it’s all happening. (Also I just wanted to draw a beauty themed newspaper 🗞)

Since I finished Drag Teen so early in the month I started LOVE! by Zoe Foster Blake right away and finished that as well! Zoe actually came to Brisbane a few weeks ago for a Q&A and I purchased her book there at the event, so I was so keen to get into it. It’s a collection of her columns from her decade of being a relationship expert at Cosmopolitan Australia and it’s broken up into four sections; Self, Dating, Hurting and Commitment. It was funny, honest and insightful, so if it sounds like it’s up your alley I recommend it!

I capped off such a great month by seeing the musical The Book of Mormon! I’m a huge fan of musicals and I loved this one. It follows the story of two Mormon missionaries sent to Uganda in order to preach to a remote village concerned with more pressing issues such as AIDS and famine. I loved the characters, the songs, THE DANCING, the staging, the special effects – it was all perfect. It’s from the creators of South Park so it’s rude but honestly if you get the chance to see it I cannot recommend it enough!

Pimms, pizza and good company before Book of Mormon, WHAT COULD BE BETTER 🤩🥰😌

So that’s my March Diary! What did you love during the month of March? Or what’s on your agenda for April? Leave me a comment below, I’d love to know! And don’t forget to give this post a “like” if you enjoyed it. 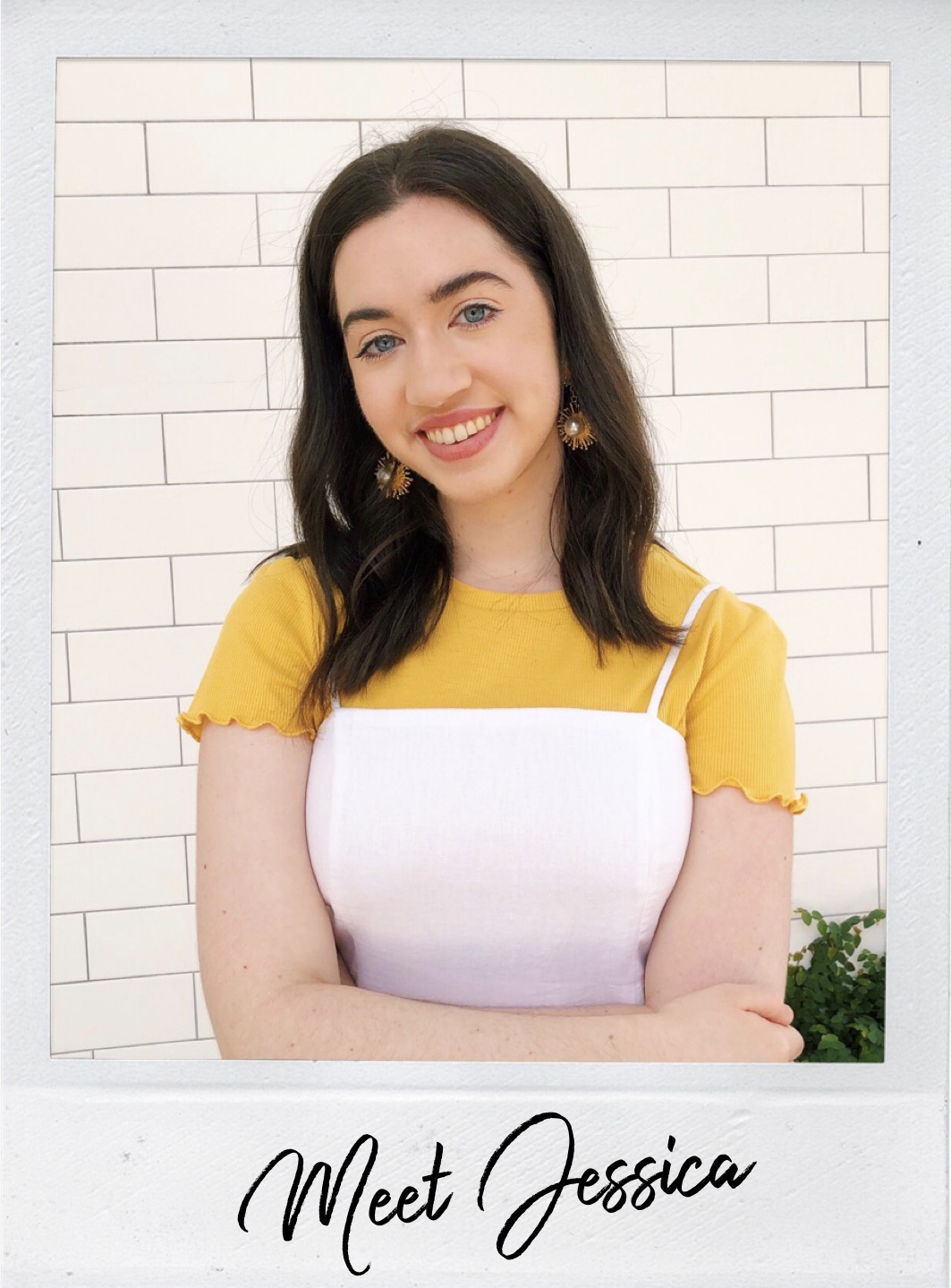 Jessica’s a writer from Brisbane, Australia. After graduating from her journalism degree she now works at the ABC. Here on her blog she discusses whatever she pleases.